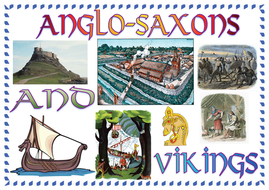 The Vikings and Anglo-Saxons loved stories about brave, confident heroes who were often direct descendants from Gods and fought vicious, evil monsters.

Beowulf is a story that tells the adventures of Beowulf and his defeat of a vile monster called Grendel.

What do you think the Grendel might have looked like? You can research in books or on the internet to help you come up with some ideas if you would like to.

Draw and label and picture of Grendel on the sheet attached, or on a blank piece of paper.

The Anglo Saxons wrote using an alphabet that consisted of symbols called Runes.

Have a go at using the runic alphabet to write your own secret message.

Now see what else you can find out about Anglo-Saxon runes and write down 5 facts. 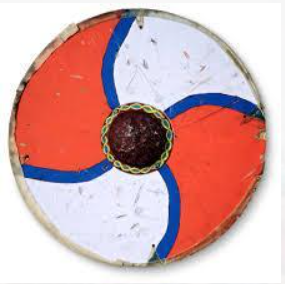 Viking shields were usually made of wood, reinforced with metal bars and covered in leather. They were carried using a single hand-held grip on the back as this made it easier to move them around. The shields were about 80-90cm in diameter and were decorated in colours and patterns that were specific to the people who used them.

Can you design your own Viking shield using the template attached? Then find and write some facts of your own about Viking shields.

Legend tells a famous heroic king named Arthur who fought bravely against the invading Anglo-Saxons in the 5th century. He is known as 'The Last Roman'. Historians have not been able to prove the existence of Arthur as we know him, but over time many exciting stories have been told about him.

Read through the events of how King Arthur became king on the story cards, then cut out the cards and stick them down in the correct order.

Next, can you find out 5 other interesting things about King Arthur and write them down?

I have attached some extra activities below for you to have a go at.